Crosby’s Haynes to be new football coach at Eisenhower 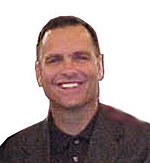 ALDINE ISD – After action taken at last weeks board meeting, AISD is prepared to hire Crosby ISD’s Larry Haynes, who has been varsity coach and AD at this 4A district east of Houston for two years, as the new head coach at Eisenhower High School for next season.

Aldines athletic director, Daryl Wade, told the administration that he had his eye on Haynes at both Clear Lake and Crosby, and was pleased to get him on short notice. Haynes had a winning season, and took the Crosby team several games into the playoffs, but much of it was because of an outstanding performance by his son, the quarterback for Crosby that set state passing records this year.

Haynes will come to a larger school and district, which is 5A, and inherits a team which Wade feels can go to the state championships with the right leadership.

Haynes has told Crosby’s superintendent, Don Hendrix, that he expects to take four coaches with him to Eisenhower.