Neighbors upset about missing barricade after passenger dies in bayou 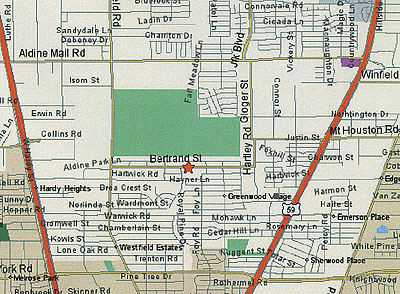 Several people voiced complaints at the A.I.D. meeting last week about barricades that were missing from the end of Bertrand Street, near Keith-Weiss park. Both the county and the flood control district had been asked to replace them after a previous accident tore them away, but no action had been taken, according to reports.

A man was killed after the car he was in plunged into Halls Bayou on the morning of Monday, June 14.

According to authorities, two men had attended a party in the 3200 block of Bertrand near Korpink and were leaving around 1 a.m. when their car went off the road into the bayou. Of the two men, the 22-year-old passenger was unable to escape and the 24-year-old driver was able to make it out alive.

When officials arrived to the scene the car was no longer visible. They responded by calling in a dive team. While the dive team did locate the vehicle, they were unable to get the car out from underwater. Officials have not said why the driver lost control of the vehicle.