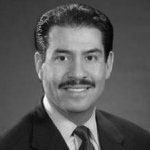 At a Metro board meeting last Thursday, local public officials learned that Metro is considering changing the schedule for constructing certain expansion routes that they have publicly committed to, and perhaps building routes that they feel would have higher ridership in the early phases.

Garcia told the board that his constituents had supported the referendum in the November election with the understanding that the North line would be built early, and he was committed to supporting that.

Gallegos was visibly annoyed, stating that the board was rethinking their commitment to voters, and he was threatening to Òrethink my commitmentÓ to Metro in the next Legislative session.

Board Chairman David Wolff, in an attempt to defuse the opposition, assured the public that no commitment had been made to a new construction schedule.

The Metro board has voted, however, to employ planners to study the westside or Westpark route and Harrisburg route, and determine if they would generate more riders and should be built first.

Concerns that the Metro board and the new Metro CEO, Frank Wilson, have indicated they want to address include the high incident of accidents of the on-grade Main Street line; the need for support by the federal FTA and the Congressional delegation, including Rep. Tom DeLay; the desire to serve the highest ridership numbers; the question whether the North and East alignments are the optimum routings; and the possibility that other technologies, such as a monorail or a separated pathway should be considered. DeLay, for instance, has indicated that he feels the current light rail system uses an antiquated ÒtrolleyÓ technology.

Wolff has indicated that the study would resolve, at least by 2005, which lines would be built first, and on which alignments.