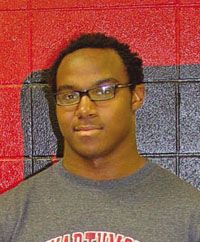 By BOBBY HORN JR.
BAYTOWNThree local seniors will have the opportunity to impress potential college scouts one more time as they take the field June 10 in the annual Bayou Bowl.
The Bayou Bowl is an annual all-star football game between seniors of Texas and Louisiana.
Among those named to the Texas roster are Humble Quarterback Jerrod Johnson, Linebacker Alexander Johnson of MacArthur High School and Terrence Anderson of Aldine High School, who was named to the secondary.

This is the fourth year for the game, which will be held at Baytowns Stallworth Stadium. The Bayou Bowl is an alternating series, with the first three played at Stallworth Stadium, the largest high school stadium in the Houston area. Next year the game moves to Louisiana.
The Bayou Bowl is culmination of a week of practices and special events. In addition to daily practices, each squad of 50 plays will get to have a practice and tour at Reliant Stadium and attend an Astros game. Visits are also planned to Schlitterbahn in Galveston and Shiners Hospital in Houston.
The game itself kicks off on June 10 at 8 p.m. Tickets are $10 for adults and $5 for students and are available at the gate, select area businesses and from Houston-area high school football coaches.