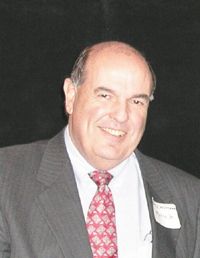 NORTH HOUSTON One of the leaders in the business community in North Houston succumbed to cancer at the age of 61. His leadership in many community activities made him an outstanding example, with many friends who mourn his passing. Just this year he was awarded the John Pinkelman Leadership Award by the NHMCCD Foundation in recognition of his contributions to the community and education in North Houston.

John Robert Zizelmann passed away on November 27, 2007 surrounded by the love of family and friends. He was born in San Antonio on June 10, 1947, moved to Houston and graduated from Westbury High in 1965. In 1970, he graduated from the University of Texas at Austin with a degree in Mechanical Engineering. He was president of Alpha Phi Omega service fraternity and the chairman of the UT Student Government Election Commission.
In 1970, John began his career in the oil and gas industry at TRW Mission. In 1974 he was transferred to Rio de Janeiro, Brazil as the General Manager of TRW Mission Industria Ltda. He joined a group of former TRW managers at Galveston Houston Company in 1979 and during the next seven years served as General Manager of several GH companies. In 1987, he organized an investment group to purchase four of the GH businesses. Three of those companies comprise his current business, MATTCO Manufacturing. MATTCO is a manufacturer of pump and brake system components for oil & gas drilling rigs. One of Johns favorite activities was hosting the Annual Oilfield Charity BBQ Cook-off.
John was very active in several community organizations. He was Chairman of the North Harris Montgomery Community College District Foundation; board member of the Greater Greenspoint Chamber of Commerce and board member of the Aldine Greenspoint YMCA. He received the John Pickelman Leadership award this spring.
John spent most weekends traveling between Houston and Austin enjoying his house on Lake Travis and developing his ranch on the San Gabriel River. His greatest passion was sailing the Virgin Islands with family and friends and sharing stories at the Soggy Dollar Bar.
He is survived by his wife Nockie; daughters Tammy Ahl- gren and husband Jason and Christy Vickrey and husband Casey; grandchildren Jacob Colvin, Nicole Ahlgren, Avery. Vickrey, and Sean Ahlgren; mother Nell Dillon; sister Caro-lyn Crawford; brother-in-laws. Steven Sarfaty and Craig Peter-son; sister-in-law Rena Peter-son; and nephews and nieces David and Liz Peterson, Wil- liam Peterson and Judy Johnston.
A memorial service will be held on Saturday, Dec. 1, at 10 AM. In lieu of flowers please make donations to the North Harris Montgomery Community College District Foundation or the Aldine-Greenspoint YMCA.