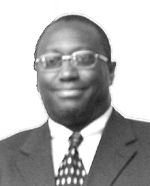 By Gilbert Hoffman
Events surrounding the selection of the new superintendent for the North Forest school district, and resolution of their academic and financial problems, continue to be in an unresolved state as of this week.
After announcing on January 23, at a special called board meeting, that they would rehire Dr. James Simpson, whom they had previously fired, it became unclear whether this announcement would be final. This is because at a subsequent board meeting, president Tobie Ross Jr. said informally that he would consider rescinding his vote, because of new considerations about financial management during Simpsons previous tenure. However, a formal board vote was not taken at that meeting on Feb. 4, and the exact legal status of the boards position is not clear. It is expected that another discussion and vote will take place this coming week, and a board meeting is tentatively scheduled for Tuesday, Feb. 12th.
Simpson has indicated he is anxious to return to work, and has suggested to the board that they retain him as a consultant until they can formally vote on his hiring. Ostensibly the board meeting last week was for this purpose, but it turned in another direction.
The vote on Jan. 23 was only a 4-3 margin, so it would only take one board member changing his or her position to upset the final vote.
In the meantime, parents, citizens, and public groups are becoming more concerned that the board is not on track to solve the problems of the district.
Northeast Education First, a citizens group headed by Robin German Curtis and Albert Coleman, former board members, has held a press conference and prayer and candle light vigil prior to the board meeting on Feb. 4, asking the Texas Education Agency to send a new management team and to take control of the District immediately.

Later in the week, the TEA did in fact announce that they were sending additional assistance to the district, in the form of two more staff members who will be assigned full time to help sort out the districts financial records and condition, according to TEA spokeswoman Debbie Ratcliffe.
These monitors will be in addition to a financial conservator, Henry Boening, who has been working with the district since last March 2007, and an academic conservator, Barbara Wilson, since November 2007.
TEA spokesperson Ratcliffe noted that attendance at one of the high schools is only 81%, which affects the district both financially and academically, and suggested that solving this problem would help a lot.
Board president Ross indicated North Forest could solve the problems without further TEA help.