The Bank Job is underrated 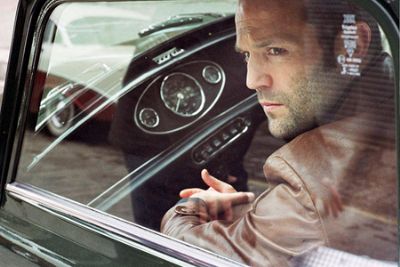 “The Bank Job” is a great little caper movie that hasn’t gotten much hype or promotion, which is a shame. It’s smart, funny, filled with twists and turns, and has solid performances from a great cast.
The film is based on the real-life 1971 heist of the vault of a branch of Lloyd’s bank in England. What is intriguing about the story of the robbery is that a government gag order on the press (for reasons of national security) has left the crime officially unsolved and some 500,000 pounds in loot still unrecovered.
The cast of characters includes a shady chop-shop owner (Jason Statham), a hot model from his past working for British intelligence (Saffron Burrows), the porn king of London (David Suchet) and a militant black revolutionary who rolls with the handle Michael X (Peter de Jersey).
Michael X allegedly has compromising photos of a member of the royal family in the vault. The hot model convinces Statham to rob the vault, telling him the alarms will be off because they need to be repaired (not telling him about the photos). What the robbers don’t know is that the vault also holds a ledger kept by the porn king detailing the names of cops on the take and members of Parliament who frequent his brothels.
The gang is successful in looting the vault and unwittingly making off with the compromising photos, the incriminating ledger and a half-million in swag. They also have the mob and MI5 on their tails.
I don’t want to give anything away because the film has so many great twists that to get any further into the plot details would spoil the movie. Let’s just say that, if you liked “Oceans 11” or love a great heist movie, “The Bank Job” is right up your alley.