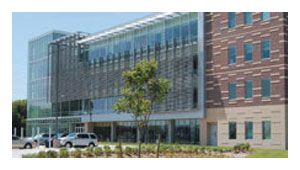 The HCC Board of Trustees also unanimously adopted an order to call a special election to be held Tuesday, November 3 for the annexation of the Spring Branch and North Forest communities into the HCC district. Community-based groups, volunteers and students successfully petitioned for annexation in May and June.

HCC has been serving Spring Branch area residents since 1986.

In addition, HCC spends $16 million in annual operational investments. The Spring Branch Campus will be a catalyst for redevelopment in the area, following the Memorial City/Memorial Herman project and the new City Centre development. HCC has been serving North Forest area residents since 1971. Eight-hundred North Forest residents attended campuses that serve the community during the 2007-2008 academic year.

Over 1,137 courses have been offered for students who completed as many as 12 semester credit hours that are transferable to a university. HCC currently employs 72 residents of the North Forest community.