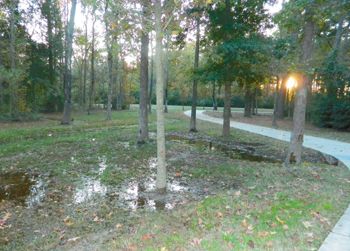 Houston police homicide detectives are investigating the fatal shooting of a teenager found in Keith-Wiess Park around 6:45 a.m. on Monday, December 1.

According to HPD homicide investigators, runners from MacArthur High School and other joggers saw the body along a running trail at Keith-Wiess Park.

The victim was deceased from several gunshot wounds. He has been identified as Luis Lara, 19, of Houston. He was a recent graduate of MacArthur High School, in 2012.

Aldine Independent School District notified parents of the students who found the body about the incident and MacArthur HS also sent letters to parents.

At this time, there is no known motive nor suspect(s). Anyone with information in this case is urged to contact the HPD Homicide Division at 713-308-3600 or Crime Stoppers at 713-222-TIPS. All tips remain anonymous.