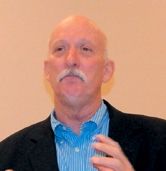 EAST ALDINE – Representatives from the Neighborhood Centers Inc. have continued to survey resident of this area, with the goal of defining the qualities that make it unique. These will guide the development of facilities and programs in NCI’s portion of the new Town Center, according to Jose Rivera, heading the survey team.

Last Thursday, East Aldine District held a Quarterly Civic Forum Luncheon, and heard reports from EAMD president David Hawes, and in a second session, a report from Jose Rivera on the NCI survey results to date.

Hawes reviewed the history of the District since its inception in 2001, and the accomplishments and goals that are current.

The audience was a diverse group of people representing area organizations.

Hawes explained that the District now operated on a budget of $6 million a year, and has contracted for over $30 million in new water and sewer lines. Currently they are planning a new 61 acre Town Center, with a college and community facilities on Aldine Mail Route. This development is expected to lead to other improvements, and more jobs and educational opportunities. The Town Center is expected to be a new gateway into Keith-Wiess Park.

Hawes emphasized that these projects are in partnership with others, such as Harris County, the City of Houston, Lone Star College, Neighborhood Centers Inc., and others.

Jose Rivera then led a Visioning Session, to continue identifying themes or characteristics of the Aldine neighborhood. The intent is to tailor there new facilities to answer the needs of the community.

He announced a preliminary draft of these programs, as follows:

Rivera structured his presentation so there was adequate time for feedback, and facilitators met with small groups to hear their input in the ideas put forth so far. An important question that was asked, what have we missed or left out, so far? Then participants were asked to rank the various programs, so that NCI could prioritize their programming work.

Rivera also announced at the meeting an important new program, Weatherization Assistance. Using federal funds, low-income residents are eligible for improvements to their houses that will save them money. Call 713-956-1888 for more information.