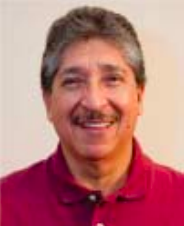 East Aldine Management District (EAMD) held their regular monthly board meeting last Tuesday night, and considered the problem of public safety and citizen reports of increased crime in some neighborhoods.

At several of the board meetings, citizens have come forward to report robberies, gunfire, and other problems in their areas.

Recently, the board heard of persistent nighttime gunfire on Ladin Road and the Castlewood subdivision. Another citizen complained of car and house robberies in neighborhoods along Mooney Road. They said there is increased drug activity near them. Others have reported to the board, or sheriff’s office, or even this newspaper, of a “serial burglary ring” in the Oakwilde neighborhood.

East Aldine District pays for contract deputies in addition to regular sheriff and constable patrols. The DRT/Pro-Active unit consists of 10 deputies and one sergeant that spend 70% of their time on District patrols. For this service the District last year budgeted $770,000. With the increased reports of crime, they have voted to add three more deputies and another sergeant to this force.

Board member Reyes Garcia said that these new deputies should be assigned to the evening shift, where much of the crime is occurring.

The duties of all the contract deputies, including the new ones, are to patrol the district, and employ strategies in advance to assist with issues such as homeless encampments, panhandling trespassing, robbery, and burglary, as well as community outreach or contact.

The Sheriff’s storefront had 80 calls for service, 59 walk-ins, and 67 phone calls.

One citizen, Aracelli Ramos, reported that the deputies had increased patrols in her neighborhood after contacting the board last month, and that they were seeing a difference in the amount of crime.

In addition to hiring more deputies, the board also voted a pay raise to attract and keep more candidates for patrols.