2 women riding in Uber killed after chase on Jensen & Parker 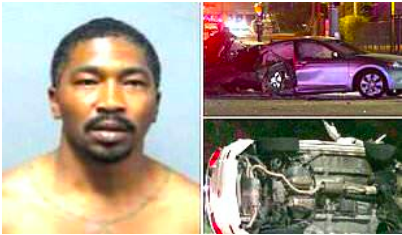 HOUSTON – Two women riding in the back of an Uber are dead after police said a pursuit suspect crashed into the car they were in, going over 100 mph. Police said the driver they believe is responsible is now facing felony murder charges.

Officers said the crash happened at the intersection of Jensen and Parker around 11:30 Saturday night.

According to police, they were chasing a vehicle after a driver, who has been identified as 45-year-old Brian Okeith Tatum, reportedly ran a red light.

Police said the pursuit came to an end when Tatum crashed into an Uber driver in a silver Honda and killed the two women sitting in the back seats.