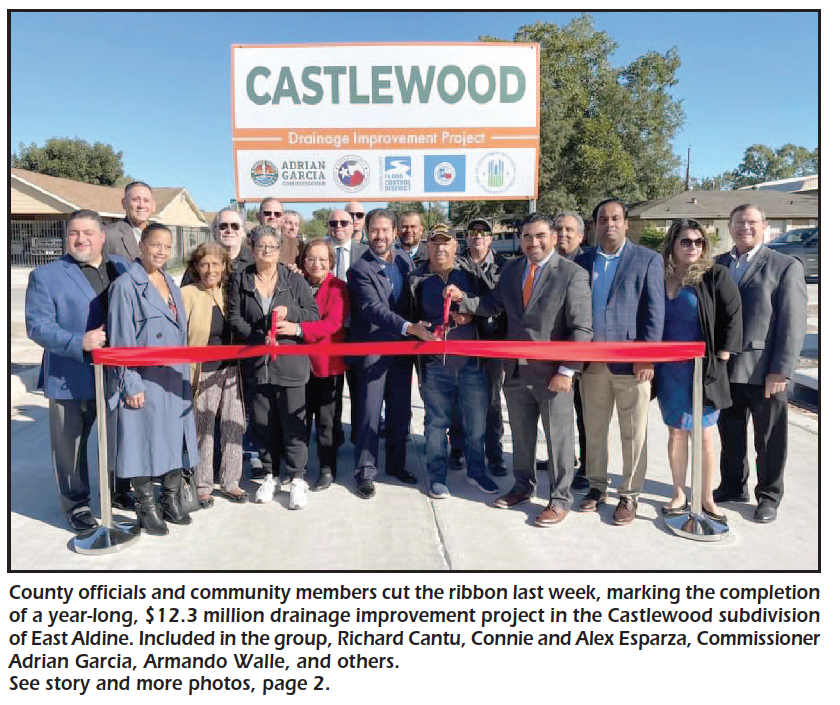 EAST ALDINE – Harris County Precinct 2 marked the completion of the Castlewood Drainage Improvement project with a ribbon-cutting ceremony. Prior to the project, the Castlewood community’s outdated drainage systems could not drain rainwater efficiently to reduce flood risks. The groundbreaking was 14 months ago, and the project is now complete.

END_OF_DOCUMENT_TOKEN_TO_BE_REPLACED

ALDINE – Hundreds of potential voters turned out last Tuesday night at the Escapade club on the Eastex Freeway in East Aldine, to hear campaign talks from Gubernatorial candidate Beto O’Rourke and Attorney General candidate Rochelle Garza. But the featured speaker of the evening was Lin-Manuel Miranda, star of the hit Broadway show “Hamilton.”

Introductory remarks and welcome were given by State Representative Armando Walle, and then fiery speeches were delivered by Beto and Lin-Manuel. The crowd enthusiastically listened and applauded the message of need for change in Texas government.

Democrats are making a strong push near the end of the campaign, as their Republican opponents are showing strength in the polls. Beto has trailed incumbent governor Abbott through the whole race, and although he was with in a few points last week, the most recent Rice University poll shows him losing ground, trailing by over 10 percentage points.

END_OF_DOCUMENT_TOKEN_TO_BE_REPLACED

Hidalgo to meet with Republican opposition 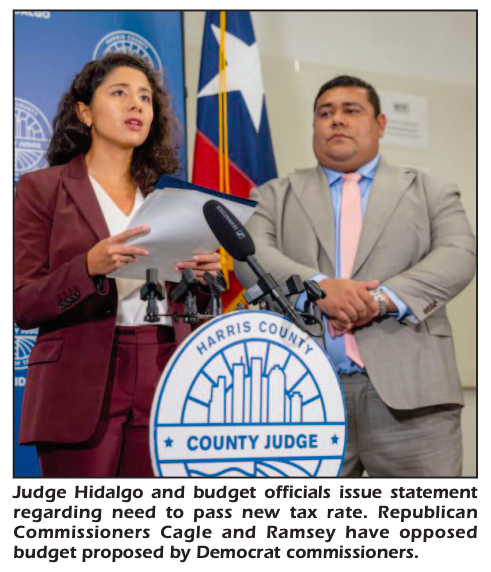 Harris County, TX – October 14, 2022, Judge Lina Hidalgo today announced that she is calling a special meeting of Commissioners Court for Monday, October 17, with the goal of reaching a consensus regarding Harris County’s budget and tax rate cut.

Judge Hidalgo issued the following statement regarding her intention to hold a special meeting:

“As part of my continued efforts to pass a responsible budget that provides funding for public safety and other critical services, and given that commissioners have now made public compromise proposals, I am calling a special meeting so that all Commissioners Court members may come together and reach a consensus.

The goal for Monday’s meeting is for the members of court to agree on a specific tax rate decrease so that we can post a meeting for a later date in which we vote to actually adopt the proposed tax rate decrease.

END_OF_DOCUMENT_TOKEN_TO_BE_REPLACED 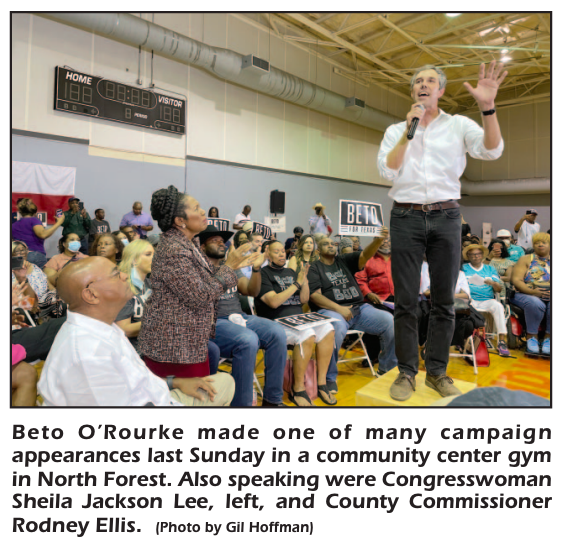 HARRIS COUNTY – Voters face a momentous and important task on Election Day, November 8, when they must select candidate and propositions on the longest ballot in Texas and the longest in recent memory. In addition, they must navigate the new voting machines which have a combination of electronic ballot casting, and a paper record to be scanned and archived.

Candidates have been ferociously campaigning, with personal appearances, social media, email campaigns, and ads on TV and newspapers.

Most political observers feel this is one of the most important elections in many years, with the Supreme Court overturning longstanding judgements, and an evenly split Congress deadlocked on many life-altering issues.

Important races on the ballot include Texas Governor and other state offices, Harris County Judge and commissioner, and many candidates for U.S. House and State Legislature.

In addition, there are bond propositions for massive amounts of money, and school districts wanting to fund expansion.

Dozens of judges will be elected, both family, district, civil and criminal judges fill several pages of the ballot.

At a more local level, school board trustees will be voted on in Channelview, Crosby, Huffman, Sheldon, and Lone Star College.

Bond issues for MUD districts are slated in Newport and Crosby.

END_OF_DOCUMENT_TOKEN_TO_BE_REPLACED

Over 1200 guns turned in at second Buyback event

The drive-thru event was held in the Alief area at the Westchase Park & Ride METRO. It started at 8 a.m. and ended at about 2 p.m.

END_OF_DOCUMENT_TOKEN_TO_BE_REPLACED

HUNDREDS JOIN IN NATIONAL NIGHT OUT

EAST ALDINE – Hundreds of families and individuals gathered at the Town Center last Tuesday night, October 4th for the Annual National Night Out observance, where residents get to meet their law enforcement providers, and get to know each other in an effort to strengthen their neighborhoods and make them safer.

END_OF_DOCUMENT_TOKEN_TO_BE_REPLACED 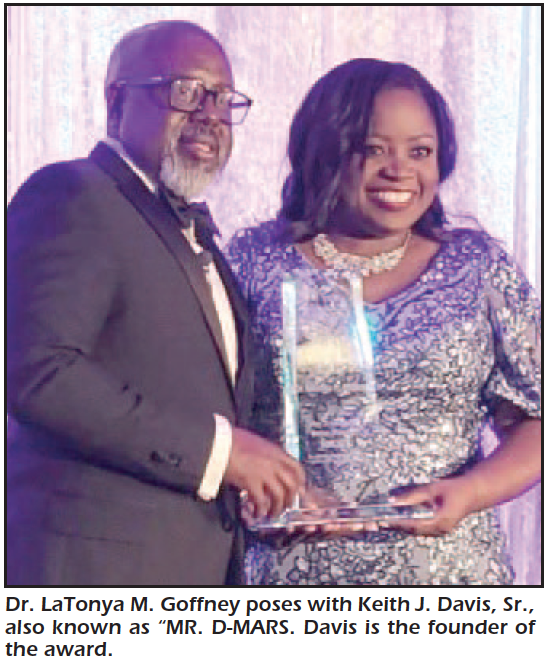 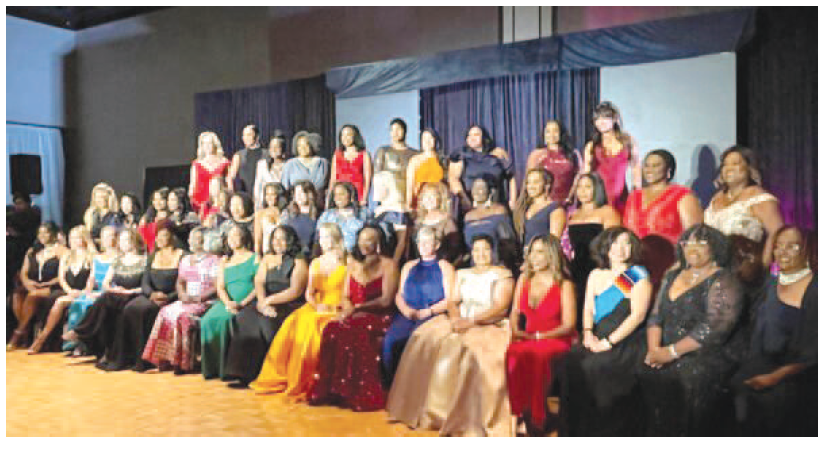 The Women are recognized as trailblazers in their professions and for making a difference in people’s lives.

HOUSTON – Dr. LaTonya M. Goffney, Superintendent of Aldine ISD, has been named a Top 30 Influential Woman of Houston honoree. The Top Women 30 celebrates the accomplishments and giving spirit of hundreds of diverse, influential, and powerful women in Houston and the surrounding areas. The women are from diverse backgrounds, share different beliefs, and have overcome obstacles.

Honorees were formally recognized at the annual The Top 30 Influential Women of Houston Awards gala on September 16 at The Royal Sonesta Houston Galleria. 2022 marked the ninth year of the awards founded by Keith J. Davis, Sr., also known as “MR. DMARS.”

END_OF_DOCUMENT_TOKEN_TO_BE_REPLACED 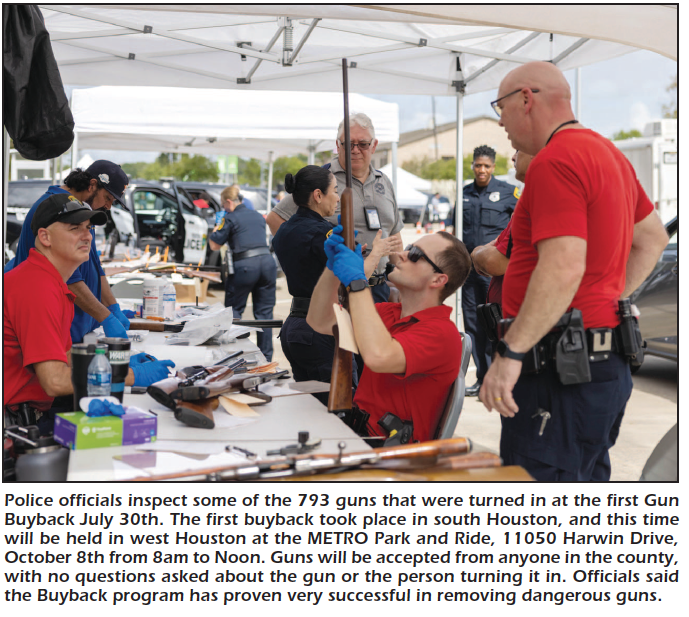 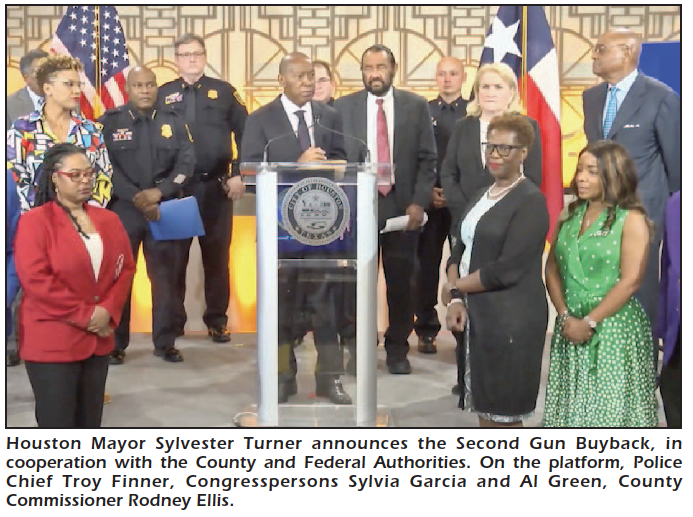 Following an overwhelming turnout during the first gun buyback on July 30, the second event will take place on Oct. 8 at the METRO Park & Ride, 11050 Harwin Drive, between 8 a.m.- noon.

“Our goal is the same for the second event as it was for the first, and that is to get guns off the street,” said Mayor Turner. “The guns turned in will never be stolen or used in the commission of a crime, suicide, or an accidental shooting by a child.”