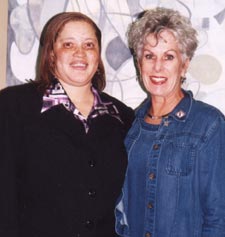 Mrs. Jessica M. Scott has recently been appointed as an Assistant Principal at Grantham Academy for Engineering. Ms. Scott, who is originally from Vacherie, Louisiana, has been in the Aldine Independent School District for eight years.

Mrs. Scott received her Bachelor of Science degree in Psychology from Southern University in Baton Rouge, Louisiana. In 1994, Mrs. Scott began her teaching career in Aldine at Escamilla Intermediate where she worked as a teacher in the Special Education department for four years. She received her Masters of Arts in Counseling from Prairie View A & M University. In 1998, her next move was to Grantham Academy where she worked as a regular counselor for three years. In September of this year, she moved from her counseling position to become an assistant principal at Grantham. Mrs. Scott is currently working on her Mid-Management certificate.

The administration, teachers, and staff welcome Mrs. Scott in this new position and feel very fortunate to have her in this role.