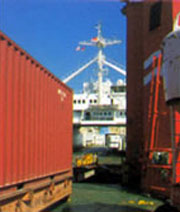 By P.J. Williams and Gilbert Hoffman

A tax-free industrial zone, which has been promoted by the North Houston Greenspoint Chamber of Commerce as an important economic stimulus for the Northeast Houston area, received another boost as the Aldine ISD Board voted to adopt the freeport amendment. This action joined with other area taxing districts, including Houston and the Aldine Improvement District, in extending the exemption to certain businesses in the area to exclude their goods in storage or processing from local property taxes.

The Aldine School Board recently struck a deal with local businesses and voted to approve the Freeport Tax Exemption. According to district financial officers, this move should encourage economic activity in the Aldine area without costing the school district.

Clark said that the state will equalize funding after the first year to make up for the loss.

Clark also suggested that the exemption may boost the local economy and eventually increase property values and in turn increase school funds.

Freeport property includes goods, wares, merchandise, ores, and certain aircraft parts. It does not include oil, natural gas, and other petroleum products.

Freeport property qualifies for an exemption only if it has been detained in the state for 175 days or less for the purpose of assembly, storage, manufacturing, processing, or fabricating.

Even when goods are sold to an in-state purchaser rather than shipped directly out of state, they may qualify for the Freeport exemption. To receive the exemption in such a case, the property must qualify under the above requirements as Freeport property and must be transported out of the state within 175 days after it was first acquired in or imported into the state.