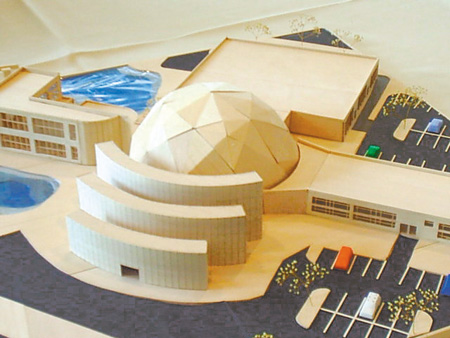 Hours of work oustide of class paid off for seven students in the G.W. Carver Technology Student Association (TSA). In their respective categories, these students won at the local, regional, and state level going on to the National TSA Conference in Nashville, Tennesse June 20-24.

The students had to create an architectural model of a technology center and back up the model with a notebook of documentation. “They had to document their work with floor plans and dimensions,” explained Ms. Porcia West, chapter advisor of the Carver TSA.

There was a total of over 4,100 student competition entries with students competiting from all over the 50 states in the United states and other countries such as Germany and France.

“The competition was very stiff,” West said. “There were several entries that looked as if they could have bumped us out, but we prevailed and won.”

The students initially placed as a Top Ten finalist. Upon placing in the top ten, they underwent an interview to defend their Architectural model to in order to place 1st in the competition.

This is the first time in the six years since West has been at Carver that Aldine students have won first at the National TSA Conference. There is a possibility that this may be a first in the district’s history.

The students, who want to eventually become architects, showed off their winning model to students in the Houston Prep Program, a summer camp at the Univeristy of Houston Downtown.

They gave a speech about the importance of working hard and being persistent. “They inspired them to continue to work hard,” West said.