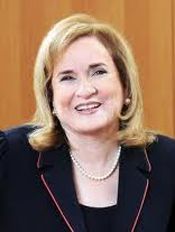 Voters in Harris County Senate District 6 went to the polls Saturday, and voted for a replacement for the deceased Senator Mario Gallegos.

However, there were eight candidates on the ballot, and none received the required 50% majority required for election.

The two frontrunners received most of the votes, as political pundits had predicted. One was well known for her time in office as County Commissioner, and the other for her time as State Representative. Both Sylvia Garcia and Carol Alvarado are of Hispanic heritage, which it the primary characteristic of this Senate district, which extends from Greenspoint and Aldine on the west, to Baytown, Galena Park and Pasadena on the east. The voter turnout was surprising low for this high profile election. Only 16, 347 votes were counted, in a district with 292,433 registered voters.

Over half of the votes were cast as Absentee or Early, perhaps because it was possible to vote at any county location, rather than just your precinct.

It will be necessary for the Governor to schedule a runoff election between the two top candidates. This will be called in the next month, so that the new Senator can join the Legislature currently in session. Whoever wins, she will become a powerful spokesperson for Houston’s Latino community.