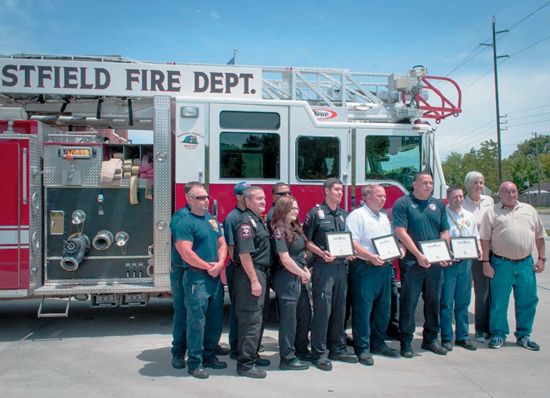 NORTH HOUSTON – Members of the Westfield Fire Department and three other departments were honored last week, in a ceremony recognizing their efforts in a recent fire which resulted in the saving of 15 animals.

Units arrived on scene and found heavy fire from the front of the home. The homeowner sustained burns and was transported to the hospital for treatment.

15 dogs were recovered from the home and treated on scene with oxygen. Approximately 15 dogs perished in the fire.

Natural Pawz pet store contacted us in order to recognize us with their Pawz Hero award for saving the dogs. We thank the owner, Biff Picone, for this recognition to all the fire and emergency departments.